Downtown Phoenix hosts a dozen cheap or free Super Bowl events through Sunday, Feb. 1, and there's one in Scottsdale, too.

The free family-friendly festival is home to ESPN's live broadcast all week long. Stop by for daily fashion shows, cooking and mixology demonstrations, food trucks, live music and yoga classes. Visitors can get up as early as 4 a.m. to watch such ESPN shows as "Mike & Mike," "SportsCenter" and "Pardon the Interruption." Learn how to make the best ribs and mac and cheese, see the latest in couture designs and athletic gear, and get down in a glow-in-the-dark dance party.

The open-air market will feature dozens of Valley food and craft vendors and dinner from food trucks and the market's cafe; adult beverages in the Oskar Blues Beer Garden; live music from local bands A.J. Odneal and Sister Lip; and games of bean-bag toss.

Masses of people are expected to file into Super Bowl Central in Downtown Phoenix to celebrate the big game.

For families who want to embrace the Super Bowl but can't shell out $20-$35 per ticket for the NFL Experience, there's this free Super Bowl street fair Wednesday through Sunday that spans 12 blocks near the Phoenix Convention Center. The family-friendly festival offers free football-themed activities, live music, autographs from NFL alumni and nightly fireworks displays. Verizon Super Bowl Central's main attraction is the Grand Canyon Experience, a 30-by-100 foot climbing wall with 20 climbing positions and an 18-foot waterfall flowing down the middle. For $5, fans 6 or older can climb the Grand Canyon Experience starting at 2 p.m. Wednesday. Verizon Super Bowl Central also will be TV central for the many networks doing live shots here during Super Bowl week. Local organizers expect more than 1 million fans to take part in the festivities.

This chic downtown Phoenix cocktail lounge is opening an outdoor bar just across the street from Super Bowl Central. DJs will play daily, with cocktail and beer specials, all set up in a casual pop-up patio with AstroTurf, oversize benches and community party tables. Tucked inside the landmark Luhrs Building on the southwestern corner of Jefferson Street and Central Avenue, Bitter & Twisted also will offer full cocktail service for those seeking a more intimate setting.

Former NFL players will be signing autographs for fans as part of Verizon Super Bowl Central. Participating players and the exact times have not been confirmed, but all fans are welcome to swing by for free photos and autographs.

Arizona Humane Society is teaming up with Uber and Animal Planet to deliver puppies to your doorstep for a limited time on Wednesday.

The pups will hit the field at 10 a.m. Thursday through Sunday at the Puppy Bowl Cafe in CityScape. (Photo: David S. Holloway/Animal Planet/Getty Images)

Animal Planet is taking over the Corner, a casual restaurant at CityScape, to host Puppy Bowl XI. Come watch the Ruff vs. Fluff action to find out which team will be victorious with puppies from the Arizona Humane Society. All week, puppies who are available for adoption will be on location, waiting to be played with for free.

This not-quite-yet-opened-restaurant and dining hall will offer a preview of the renovated C.P. Stephens DeSoto Six Motorcars building, a former automobile dealership. Food trucks, along with a beer and wine garden, live music, ping pong, bean-bag toss and arts-and-crafts vendors will take over the patio. Proceeds from the bar will go to the Evans Churchill Community Association. The DeSoto should open in mid-February with stalls for food, flowers and a butcher shop. Chef Stephen Jones will open Yard Bird + the Larder and the Phoenix Oyster Shack.

9. Walk the Moon at Pepsi Hyped for Halftime Stage

These Cincinnati rockers have gone top 20 with three singles — "Anna Sun," "Tightrope" and "Shut Up and Dance" — on Billboard's alternative-songs chart. Their name is a tip of the hat to the Police song "Walking on the Moon," which definitely suits their poppy art-rock sensibilities.

Lustre Rooftop Garden is booked by the Bud Light House of Whatever. But it's relocating to the living-room area next to Blue Hound Kitchen & Cocktails for a pop-up lounge. Live @ the Living Room will offer beer, cocktails and light fare with a guest DJ spinning nightly.

Saturday, the market will open with more than 100 local vendors and stay open all day. Listen to live music by Lee Perreira and Haymarket Squares, and sip suds at the Oskar Blues Beer Garden, both running from 3 to 10 p.m. The market's cafe will serve barbecue, along with a full menu of food and beverages.

12. The Roots at Pepsi Hyped for Halftime Stage

The Roots, in town for the taping of "The Tonight Show Starring Jimmy Fallon" on Super Bowl Sunday, will perform at Verizon Super Bowl Central on Saturday night. (Photo: Ben Watts)

It makes sense that the Roots would do a show in Phoenix on Saturday with Jimmy Fallon taping "The Tonight Show" live from the Orpheum Theatre right after the Super Bowl on Sunday. The Roots, of course, are Fallon's house band in addition to being among the more acclaimed hip-hop artists of all time, winning three NAACP Image Awards and three Grammys while topping countless critics' year-end album lists. Plus, Questlove, right?

13. Connect2STEM at University of Arizona College of Medicine Phoenix

The University of Arizona is bringing science and hands-on learning to downtown Phoenix with Connect2STEM as the official kickoff for the 2015 Arizona SciTech Festival, an annual statewide celebration of science, technology, engineering and math. In the Bioscience Zone, see the biomechanics of a life-size synthetic cadaver that can talk, breathe, bleed and sweat.

At Concussion Discussion, tackle the Brain Challenge Expo, with a vision distorter, eye-hand coordination drills and the Banner Concussion Center. In the Nature Zone, get down and dirty with master gardeners and splash around in the Wildcat Water Lab. In the Outer Space/Technology Zone, learn about OSRIS-Rex, a mission to bring pieces of the asteroid "Bennu" back to earth. In the Cox Gig Zone, enjoy gaming stations, coloring contests and giveaways. And in the Wildcat Spirit Zone, take a picture in the photo booth, meet Wilbur the Wildcat, mingle with alumni and bounce around on the UA inflatable. 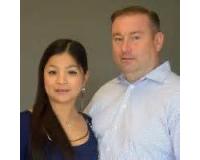 Want to Advertise on this Site?

Wire fraud?Why do you need to know about wire fraud?  For the last several years it has been on the rise. When doing a real estate transaction many people will wire funds directly to the title

Looking for senior care can be stressful and confusing, and you may be unsure where to start. Whether you’re looking for a senior living community or help with in-home care, Caring.com can help

VA Loans With 500 FICO And Money At Closing

I have teamed up with a lender who can now help out my veterans with lending if they have a 500 FICO or higher!  For so lenders would only do a VA loan with a 600 or higher so I went on the

So I've been trying to find products that think outside the box.  Something that can help the clients that built my business several years ago.  My renters were a big part of my start!;

By registering, you agree to our terms of use and that real estate professionals from My Home Group and lenders may call/text you about your inquiry, which may involve use of automated means and prerecorded/artificial voices. Message frequency varies. Text HELP for help or STOP to cancel. You don't need to consent as a condition of buying any property, goods or services. Messages/data rates may apply. Additional information about data use is in our privacy policy.